Conner Jonathan Bailey (better known as just Conner Bailey) is an original character from The Land of Stories series, and one of the two main characters in the series.

Conner is a boy of school-going age (he turns 12 in the first book; later aging further as the series progresses) from Our World (the "Otherworld") who used to live in a small rental house with his twin sister Alex and his mother Charlotte. His father, John Bailey, died on the night he and his sister turned 11. While Alex stays in the Land of Stories after their second adventure in The Enchantress Returns, Conner and Charlotte move into Dr. Bob's house. At the end of A Grimm Warning, Conner decides to stay in the Land of Stories for a while too to help his sister find the Masked Man.

"Besides sharing looks and birth date, [Alex] and [Conner] couldn't have been more different. Conner may have had a lot of friends, but unlike his sister, he had trouble in school...mostly trouble staying awake."[1]

Though he and Alex are twins, they haven't "looked like identical twins since they were four years old" and then Charlotte stopped dressing them in the same outfits every day [2].

Conner is described in The Wishing Spell as a popular boy who has trouble in school due to concentration problems. His teacher often negatively compares him to his sister, which makes him feel very bad about himself.[3]

"It wasn't the end of a school day unless Conner left feeling completely worthless."[4]

His wit and "smart" remarks are attributed to being painfully honest - he occasionally embarrasses himself or Alex with it.[5]

When Conner and his sister arrive in the Land of Stories, he is far less enthusiastic about it as Alex. He is more "realistic" about the actual danger they are in than his sister, and often reminds her they should hurry on their quest and don't stop to be a "tourist".

"We've almost been killed twice, and we haven't even been here a full day yet! We need to stop fooling around and find a way home, Alex!"[6]

Towards the end of The Wishing Spell, he finds out he is part fairy, as his father was from The Land of Stories. His grandmother is the Fairy Godmother. In the shards of the Mirror of Truth, Conner's reflection has fairy wings (which he finds to be gross).[7]

At the start of The Enchantress Returns, Conner is called to Mrs. Peters' office and thinks he is trouble, but instead she compliments him on his writing and encourages him to continue and become a writer. It is the first time he ever considers what he might do in the future.[8]

When he and Alex return to the Land of Stories and embark on their journey to save their mother, it is Conner who stays positive when everyone else seems to be giving up. He is also the one who remembers reading about the Wand of Wonderment and convinces the others they should take the chance.[9]

At the end of The Enchantress Returns, Conner goes back to his own world, even though his twin sister stays in the Land of Stories. Though he is very upset about this, he does acknowledge that she is better suited for that world because she wants to be a fairy, and he doesn't. He realized he has always been more of a storyteller and would do better in their world writing fairy tales.[10]

At the start of A Grimm Warning, he is invited to come on a school trip by Mrs. Peters because of his affinity for fairy tales. He is very pleased when he finds out that Bree Campbell will also be going, and although he denies it to himself for a long while, he has a crush on her. In Beyond the Kingdoms, it is mentioned he misses her quite a lot.[11]

When he realizes the Land of Stories is in danger, Conner goes to great lengths to keep it (and his sister and grandmother) safe. He's not afraid to stand up to the adults of either world when he feels they aren't listening to him, and he shows great bravery and leadership skills in the battle against the Grande Armée.

Conner is described to be wary of the internet / smartphones, and prefers libraries to get his information.[12]

Though he isn't interested in being a fairy or doing magic, he accepts this part of himself to help Alex become the Fairy Godmother. In Beyond the Kingdoms, his magic is needed to make the Portal Potion, and although he tries hard to get out of that responsibility, he finally gets over his fear of failure and succeeds.[13]

When Alex is close to giving up the search for the Masked Man, Conner is the one who remains positive and boosts morale.[14]

Conner and his twin sister are very close. They often lift each other's spirits and, in A Grimm Warning, see through each other's attempts to hide their secret crushes from each other.[15] They complement each other's personalities, and together are capable of creating great magic.[16] In Beyond the Kingdoms, Conner feels guilty for doubting her in front of the Fairy Council and feels he should have trusted her judgement more.[17] They both think of a way to make the portal potion at the same time, though they are trapped in separate worlds, proving once more that they 'think like twins'.[18]

Conner easily befriends Mother Goose, finding her stories and jokes awesome, though his appreciation for her wavers when he finds out she is responsible for letting the Grand Armée threaten the Land of Stories[19]. She regains his respect when she publicly owns up to this and takes responsibility for her actions.[20]

Conner has a crush on his school friend, Bree, and at the end of A Grimm Warning, finds out she has a crush on him too. [21] They eventually end up getting married and having three children, who don't believe magic is real.

Alex and Conner work as a team to solve the Wishing Spell's riddle and collect the items they need to return to their world. After defeating the Evil Queen, Conner finds out he is a part fairy and related to the Fairy Godmother.

Conner is the driving force behind their quest to assemble the Wand of Wonderment. Red helps to build their main source of transportation, The Granny.

Conner is afraid his sister is losing her control over her magic. After she disappears, he tries to find clues that could lead to finding the Masked Man (and Alex) and he finds out about the portal potion. He is knocked out by the Masked Man during Red and Froggy's wedding, and they quickly gather the Masked Man was there to steal books and travel into them using the portal. The quest to find the Masked Man begins. They follow him into the books, first to Oz, then to Neverland. They are lead to believe the Masked Man has gone back to the Land of Stories and try to follow him, splitting up in two groups, but they have been tricked into going in to the wrong books. Conner, the Tin Woodman and Peter Pan end up in Robin Hood's story. Conner realizes he has to make the portal potion to get back and has to tap into his own magic to make it work. He travels back to Oz, meets up with his friends, and returns to the Land of Stories to find the Fairy Palace destroyed. He and Alex prepare themselves to travel back to their own world to build their own army to defeat the Masked Man.

Conner and Alex need to make an army to battle the other army. So they go into Conner's short stories: Starboardia, The Ziblings, The Adventures of Blimp Boy, and Galaxy Queen. They collect the characters and form an army.

In the prologue, decades into the future, Conner is now an author, celebrating his 80th birthday. He realizes that he does not know what Alex looks like at the same age. He only remembers her from her teen years. Conner finds all his written books in the Fairytaletopia series, looking for clues on what happened to Alex. He manages to remember the events in the first five books he has written, but when he realizes he couldn't remember the events in the sixth, titled "The Great New York Adventure", he starts reading the book and hopes that he can remember where his sister is and what she looked like.

In the present, Conner and his friends try to find Alex. They find her in a library, but she is under a curse and is now being controlled by the witches, who puts her to sleep when she is unneeded. Through their dreams, Alex leaves Conner a message asking him to kill her to prevent the disaster the witches are planning, but he refuses to do so. Instead, he writes a story in which their father never died, and enters it with his sister. At the sight of their father, they both cry and the curse is washed away.

In the epilogue, back in the future, Conner is warned by his granddaughter that his children are planning to send him to a home. He reassures her that his sister will be picking him up soon. When Alex comes to pick him up, they disappear with a flash while his granddaughter, Charlie, watches in awe.

(About the Bridge Troll) "How are we so sure that this is actually his bridge? I'd like to see some ownership identification before we continue".[22]

"Things became awkward once Conner asked King Chandler, "Why were you so interested in a dead girl, anyway?"[23]

"We can't even have a dog without it being a magical conspiracy!"[24]

"Who haunts a new castle? That's like holding a grudge against a baby!"[25]

"If I have the choice of being doubtful or being hopeful, I'm going to choose hopeful. It takes less work to be positive."[27]

"Oh, come on! Alex gets to live in another dimension but I can't go on a school trip to Germany?"[28]

"Alex, I've been impressed by you since the womb. I'm sure your part of the uterus was much neater and more organized than mine."[29]

"Grandma sent you an angel moth from outer space?"[31]

(About the Castle of Hearts) "It's like Valentine's Day threw up in here."[32]

"He had always considered magic to be like math; it was a skill Alex and only Alex had inherited."[33]

(About the giant's cat) "God, I hate this flipping cat!"

(About meeting Trollbella) "Gosh, I hope divorce exists in this world." 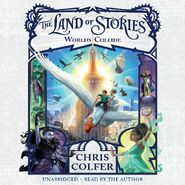 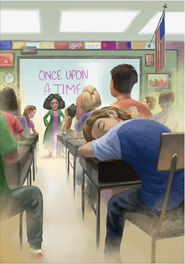 Add a photo to this gallery
Retrieved from "https://thelandofstories.fandom.com/wiki/Conner_Bailey?oldid=14704"
Community content is available under CC-BY-SA unless otherwise noted.